The “famous” variants in the MTHFR gene, A1298C and C677T, which occur in large percentages of the population, are the subject of some controversy.

Genotyping giant 23andme has been publicly critical of the claim that MTHFR directly impacts health outcomes in a major way, and has taken the position that the issue has been, for the most part overblown.

Similarly, we have published blogs about why people needn’t worry about “MTHFR symptoms” or follow an MTHFR diet.

But while it is true that the MTHFR “SNPs” are quite common, and while it’s also true that the scientific research on the matter is still emerging, there is preliminary evidence indicating that changes in the MTHFR genes can can affect fertility in both men and women and also affect the resulting pregnancy. We wrote recently about a new study which demonstrated that variants in the MTHFR gene can affect folate levels during pregnancy.

Having been shown to reduce the risk of neural tube defects, folic acid has been proven time and time again as an essential nutrient for the healthy development of babies. Those with reduced MTHFR activity may not be able to convert folic acid into a bioactive form the body can use, which is why there has been an ongoing conversation about MTHFR and pregnancy.

Note: The CDC still recommends taking folic acid, and not methylfolate, regardless of MTHFR status.

MTHFR is a gene (5-methyltetrahydrofolate) which breaks-down folic acid into folate via an enzyme called methylenetetrahydrofolate reductase, which plays a crucial role in processing amino acids, the building blocks of proteins. 1

The MTHFR gene is located on chromosome 1 and we inherit two copies of the gene one from each parent. When there is some variation in DNA sequencing, the result is a “mutation” often referred to by scientists as single nucleotide polymorphisms (“SNPs”). The SNPs in the MTHFR gene decrease enzyme activity and this in turn affects a number of biochemical processes.2

The C677T allele is the most studied variant and about 50% of the population may have 1 copy – which makes them heterozygous while up to 25% may have inherited two copies which makes them homozygous. 2 1 The frequency of the C677T SNP varies significantly between ethnic populations. It is found to be more common among Italians, Hispanics, and Asians than in Caucasians and Africans. The A1298C SNP is not studied as extensively as C677T hence the population frequency it is not well documented.1

In those who have MTHFR SNPs, folic acid can can have the tendency to pool rather than be converted into the methyl folate the body can use.

While MTHFR has been linked by some alternative medical sources to a wide range of conditions, the weight of the scientific evidence links reduced MTHFR function to these conditions:

If you are trying to get pregnant, and you are above 30 years old, your doctor will advise you to take folic acid to prevent birth defects in your baby.

A part of avoiding birth defects, folic acid is shown to play an important role in improving fertility and your chances of conceiving.

Many research studies have shown that folic acid is important in fertility and healthy reproduction as it improves a number of factors crucial to fertility namely reducing risk of miscarriage, better implantation results and egg quality in females whereas in men it improves the motility, morphology and total sperm count. This is because folate has been shown to be important for spermatogenesis as it has a crucial role in the synthesis, repair and methylation of DNA.3

In the USA and Europe there are requirements in place to fortify certain foods with folic acid because it has shown that it reduces neural tube defects by around 60%.

In women, folic acid supplementation improves fertility because it:

MTHFR and choosing a folate Supplement

Between 1 in 4 and 1 in 5 couples are affected by fertility problems and these problems are equally distributed between males and females.12

Some studies have established a clear link between high levels of oxidative stress and methylation defects with a strong negative impact on sperm quality. 7 Several meta-analysis studies show that MTHFR SNPs, particularly the C677T variant, is associated with male infertility.7

As we have already discussed above, folic acid metabolism is crucial to the process of DNA stability and repair. People who have one copy of the MTHFR 677C>T variant have only 65% enzyme activity and the ones who have two copies have two thirds of the enzyme activity decreased.12 These carriers may not be able to handle folic acid in supplements and fortified foods.

Hence, knowing your genetic background and risk for folate deficiency may facilitate your treatment to conceive successfully.

In many studies has been shown that:

So far, we learned that MTHFR is linked to an increased risk of several factors related to fertility in men and women, these risks are reduced by getting folate according to doctors’ recommendations.

The effect of these mutations in MTHFR can be overcome with a rich folate diet and supplements.

Attention please! It’s important to stress the fact that I am recommending folate and not folic acid. This is because for people who have mutations in the MTHFR gene high levels of folic acid are not recommended and some studies show that it can build up in the body and have negative effects. 8 Thus, make sure to discuss with your doctor before you get the prenatal vitamins.

For women and men with MTHFR variant will be advised to take methylfolate or 5-MTHF which is the active form of folate.

For more, see this piece on whether mothers with MTHFR SNPs should be supplementing with folic acid. 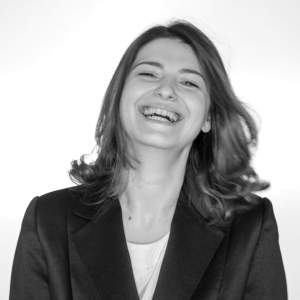 Amisa is a health enthusiast and researcher. She holds a BSc. in Genetics and an MSc. in Advanced Biological Sciences from the University of Liverpool, UK. She is currently a PhD candidate studying at Charles University in Prague.