Both ketogenic diets and paleo diets are classified as “low carb” diets, leading many in the public to believe the diets are the same. And although there are similarities between the two protocols, keto and paleo are actually very different styles of eating. In this post, we will evaluate the common ground between keto and paleo, and also guide you through key differences, including which foods qualify as keto and which qualify as paleo.

From 10,000 feet, the ketogenic diet has as its goal reaching a state of ketosis, where the body burns fat instead of carbohydrates for fuel, whereas the paleo diet is designed as a tool for eliminating foods that many people with chronic gut issues find difficult to digest.

The Paleo diet was designed by a gastroenterologist in the 1970s but didn’t become popular until the last decade.  The Paleo diet was designed to mimic the way our ancestors ate.  Some call it by many other names because of this, including caveman, ancient, or stone age diet.  The ideology behind this diet is that pre-agriculture humans have not evolved quickly enough to tolerate modern day, hard-to-digest foods such as grains, beans, and legumes.

However, it is worth noting that as humans occupied different regions of the world, different foods were consumed, including grains and beans, so those regions may be more accustomed to digesting grains and beans than others. Although the diet may have value for some people, the “ancestral” roots of the Paleo diet have largely been debunked.

Recently, the Paleo diet was adopted by individuals looking for a healthier lifestyle overall.  Most followed the philosophy that “if a caveman didn’t eat it then neither should we”.  The Paleo diet focuses on high quality foods, as close to the natural source as possible, just like the original hunters and gatherers.

Foods to include on the Paleo diet:

Foods to avoid on the Paleo diet:

A Paleo diet typically has the following macronutrient breakdown in percent of total calorie intake per day:

However, this ratio can change depending on a person’s goals and activity level.

Often, those that follow the Paleo diet are not as strict and openly accept all paleo-friendly foods even if these are higher carbohydrate or packaged.

Scientific Evidence for the Paleo diet

Because Paleo diets are still relatively new, there are not substantial clinical trials evaluating efficacy, but some current small scale studies have shown promising results.

For more on the Paleo diet, see my post on the autoimmune paleo diet protocol.

The Paleo diet is a food quality focused eating plan that eliminates highly processed foods that can contribute to unintentional weight gain. By eliminating these processed foods, weight loss is likely.

A study with 70 women who followed the Paleo diet for 2 years were monitored.  At 6 months the group saw a significant reduction in belly fat and lost on average about 14 pounds.

A 2015 clinical study found that the Paleo diet may even reduce heart disease risk.  Following a Paleo nutrition plan helped in the management of high cholesterol levels in adults whose levels did not improve after following more common heart health diets.

Improved metabolic measures were identified in both groups.  However, those following the Paleo diet had greater improvement on glucose control and lipid profiles.  Also, those consuming a Paleo diet showed a significant improvement with insulin sensitivity while those on the ADA recommended diet did not.

The ketogenic diet is characterized as a low carbohydrate and high fat diet. When carbohydrates are largely removed from the diet, the body sometimes enters a state of nutritional ketosis where fat stores  are burned instead of carbohydrate stores for energy utilization. The ketogenic diet has been around for more than a century and has been used medically to treat pediatric patients with epileptic seizures.

Similar low carbohydrate diets have popped up frequently in the last few decades as a weight loss strategy.  However, the ketogenic diet re-emerged as a popular diet to help with blood sugar balance and weight loss over the last several years.

The keto diet is often misunderstood and therefore many variations are often followed.  As a dietitian, I have many people ask me about following a Ketogenic diet or come to me while already following what I like to call ‘internet keto’.  This is a version of a Keto diet that is very high in both protein and fat and little to no vegetables are consumed.  Think eating steak with cream sauce frequently. In my experience, the internet keto style of eating is often quite unhealthy.

There are several ways to consume a keto diet.  I prefer the version that is more plant focused rather than dairy and animal based.  A true ketogenic diet is high fat, moderate protein, and low carbohydrate.  This diet should have the macronutrient ratios as follows:

Foods to include on a ketogenic diet:

Foods to avoid on a ketogenic diet:

Some individuals may notice flu-like symptoms at the beginning of their ketogenic diet journey (typically 2-7 days after starting) as your body transitions from carbohydrate metabolism to fat metabolism.  The coined term ‘keto-flu’ refers to fatigue, headache, nausea, difficulty sleeping, and constipation that some people experience. While there is no scientific evidence on why this occurs in some individuals, plenty of people do report symptoms.  It may partly be attributed to lack of foods high in salt, sugar, and carbohydrates which can effect electrolyte balance.  When following a ketogenic diet, it is essential to include an electrolyte replacement daily to balance electrolytes and reduce possible symptoms.

The Ketogenic diet has been extensively studied in it’s benefits in weight loss, blood sugar reduction, epilepsy, and more.

Ketogenic diets are popular, but how much evidence do we have that they are sustainable and safe?

A study involving 66 healthy, obese patients with high cholesterol explored a ketogenic diets effects on their health outcomes.  These participants were followed for 56 weeks.

The key here is to work with a physician and measure for markers of heart health, such as LDL-C, before and after going on a ketogenic diet. In some people, a high fat diet will push their cardiovascular biomarkers to unhealthy levels. One 2019 study found that a high fat diet increased LDL-C, on average, by 44%.

See also: 5 Signs a ketogenic diet isn’t working for you

A 2019 study found that implementing a ketogenic diet in those with Type 2 Diabetes substantially reduces the glycemic response that results from high carbohydrate diets and improves insulin resistance.

Multiple other studies have linked obesity with other health outcomes such as diabetes.  A clinical trial with 349 individuals explored the effects of nutritional ketosis on weight status, Type 2 Diabetes and insulin sensitivity as well as other health markers.  The study found that after following a ketogenic diet for 2 years, participants saw long-term benefits with multiple clinical markers.  This included on average a 10% weight loss, improvement of blood sugar levels and insulin sensitivity, decrease in medication use, and even resolution of diabetes and obesity in some participants.

A study from BMC nutrition, that Kristin highlighted in her blog DNA Diets vs. Keto Diets for Weight Loss, found that, after an 18 month follow up, a personally tailored DNA diet protocol was far more effective for sustained weight loss than was a ketogenic diet.

Research still needs to be conducted on health outcomes in individuals who follow a ketogenic diet long term.

Similarities and Differences between Keto and Paleo

The Paleo and Ketogenic diets share many main similarities that allow people to confuse the two diets, however, the differences between them are significant.

Here is an easy guide to remember the differences in foods to consume between the two popular diets:

The Paleo and Ketogenic diet both offer health benefits.  However, some research has found that excluding whole food groups for extended periods of time can lead to nutrient deficiencies in some individuals and even microbiome changes in the gut.  I recommend working with a qualified provider to assess which diet is best for you and your health.

If this topic is of interest, you might also enjoy: 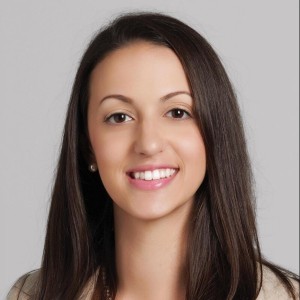 Gina Jones is a registered and Licensed Dietitian Nutritionist specializing in Functional Medicine Nutrition. Gina holds a master's degree in Clinical Nutrition from Case Western Reserve University and completed an accredited dietetic internship at Cleveland Clinic. Her whole foods, sustainable approach to nutrition is designed to help her patients achieve a personalized approach to healthy eating that can last a lifetime.