This post contains sponsored links. When you buy through one of these links, we may earn an affiliate commission. Learn more.

As a guy that’s been heavy for as long as I can remember, the challenge of dropping pounds seems even more intimidating when you stop and consider that being a few pounds overweight is your normal. I’ve become a king of coming up with excuses for missing that summer pool party because I’m not about to subject myself or others to the sight of.. well, me.

You get the gist.

I’d dropped weight in the past; 20 pounds here, 30 there, but each and every time I’d attempt it, I’d ultimately fall back to my old ways after 2 or 3 months and put on another 10 or 15 pounds extra in the process.

I seem to have finally broken that cycle (I hope) by dropping 90 pounds in the last year. I’m the lowest I’ve weighed since probably late middle school, and I’m feeling on top of the world. I’ve still got another 30 or so pounds I’d like to see gone, but the number on the scale isn’t the only important one to be focusing on here.

I’m a numbers and analytics guy. I like looking for patterns and drawing conclusions about data, and optimizing approaches to keep the numbers moving in the direction we want them to. Working with John here at Gene Food has helped me come to a realization: weight loss and health can be turned into data.

There are patterns and conclusions to draw from every angle. Sure, the number on the scale has gone down significantly, and my quality of life has gone up proportionally, but I knew there were other markers to be on the lookout for, and LDL cholesterol (“bad cholesterol”) was one of them.

There’s a joke to be made here about being a 25 year old guy and visiting the doctor for blood tests. I’ll be the first to admit that I only really see my doctor when a symptom/sickness is unbearable, or when WebMD has convinced me that I may be on the verge of having a terrible disease or illness with only a few days left to live.

John offered the solution here via a different, but awesome, Christmas present to the Gene Food team: an at-home cholesterol test for anyone who was interested. I was definitely interested. Although I am young to be having lipid panels done, it’s good to have a baseline.

I could get my results within a few days without having to deal with insurance, waiting in a waiting room full of sick people, and hardly having to leave my house?

When my EverlyWell kit got here, I was a little intimidated. The pamphlet in the packet told me it’d be a simple process: sanitize the tip of your finger, stick it with one of the 3 lancets they’d supplied, then drip some blood droplets onto a little card until the blood reached a certain line. Pop on a band-aid, let the card dry for 30 minutes, then stash it away in the supplied envelope and mail it back.

I’m not too terribly fond of needles, let’s just get that part out of the way now. I don’t like being poked with them at the doctor’s office, and now this little kit was telling me I’d have to willingly do it to myself? I psyched myself up for a few minutes, took a deep breath, pushed the little lancet against the tip of my finger, and..

..it wasn’t bad at all, actually. The lancet clicked, and without hardly feeling a thing I had a teeny tiny little blood drop ready to make its way to the card. After a few minutes of squeezing my finger onto the card to essentially “milk out” enough blood, the process was done. I let it sit, packaged it up, then dropped it off at the post office to await my results, which came 4 days later via email.

My blood work on a ketogenic diet

As soon as I got my results, I immediately passed them over to John and Aaron to help me translate some of the meaning behind these numbers.

According to EverlyWell’s standards, my HDL was on the low range, and my LDL-C was approaching the high mark. That’s cause for concern, right?

John and Aaron offered some reassurance here, and helped me understand that there are a few components to cholesterol numbers that can make a pretty big difference, all of which I’d likely seen playing a bit of a role here.

The Retterstøl study, much  beloved by John and Aaron, teaches us that the response to a high fat diet varies greatly by individual.

Yes, we know that many of us don’t absorb much of the cholesterol we eat, and overall blood levels of cholesterol aren’t as meaningful for cardiovascular health as is LDL-P. However, some of us, and in our matrix these are more likely to be the Wayoan and Okinawan diet types, make a lot more cholesterol when eating a high fat diet. Our view here is that you don’t want to be walking around with elevated lipid numbers.

In my case, the serum levels of cholesterol weren’t as big of a deal as was establishing my baseline LDL-C and TG numbers.

My diet is fairly simple: I usually eat one meal a day, typically dinner, in a one-hour window as part of an intermittent fasting / ketogenic regimen. I eat low carb and fast for 23 hours each day, which can have health benefits for some people.

What I eat on keto

Dinner is simple, typically a protein of some sort mixed with some veggies.

My diet type from our custom nutrition plan is Mediterranean, which emphasizes low-GI carbs, and a lowering of saturated fats (not a total exclusion), which I try to follow for my one meal.

With my intermittent fasting, I try to get my 1200-1400 calories in one sitting, which typically looks something like the following:

As you can see, while this isn’t a total departure from the Gene Food recommended Mediterranean diet, I am likely spending extended periods of time in ketosis as my glucose intake is next to nothing, save the protein shake. The Mediterranean diet would afford me more in the way of whole grains and fruit, but I am avoiding these foods as part of this more “ketogenic” experiment.

A meat and some sort of vegetables is the running trend here, as I’ve altogether cut out sugars and refined carbohydrates like bread and pasta, which falls in line with the suggestions given by my nutrition plan. Some days I’ll swap out the chicken for a fish like wild salmon or tilapia, other days I’ll elect to go for roasted brussel sprouts instead of zucchini, but at the end of the day I operate best when there’s a pattern and consistency, and diet is no exception there. It may not be the most exciting (mostly due to my own only-now-blossoming skills in the kitchen), but I can confidently say I haven’t felt better in my life.

As far as my cholesterol numbers are concerned, two impacts here would be the food I’m eating, and the fasting element.

Although diet and fasting both can play a role in my overall numbers, there’s a genetic element at play too that definitely needs to be accounted for.

For that, I’ll pass the mic over to our team geneticist and favorite genius, Aaron.

LDL-C is one of the most commonly used metrics to determine risk for a whole host of potential diseases and disorders. As a lot of people will have access to this measurement we decided to dive into Taylor’s bloodwork to see how things tally with his genetics at baseline, and how his bloodwork responded to dietary intervention.

Let’s look at Taylor’s LDL score of 128 mg/dL. By some standards this would be considered normal, in our case we’re a bit more stringent with our levels and so he sits squarely in the middle of the borderline category.

A lot of this risk is driven by three SNPs in the PCSK9 gene rs11591147, rs28362286 and rs72646508, with a fourth SNP (rs28362263) not available for analysis in his report. PCSK9 encodes for the enzyme Proprotein convertase subtilisin/kexin type 9 which binds to LDL receptors on the surface of cells. When the activity of PCSK9 is blocked then more LDL is absorbed from the blood into the tissue, in effect reducing LDL-C numbers.

While LDL-C is important, it isn’t the only regularly measured lipoprotein of interest. HDL is often termed the “good cholesterol” as it shuttles cholesterol back to the liver from other parts of the body. In Taylor’s case we’re interested in two particular SNPs rs10468017 in the LIPC gene, where Taylor is heterozygous for the risk allele ‘C’; and rs12678919 in the LPL gene where Taylor is homozygous for the risk allele ‘A’. Both of these SNPs (and several others) were identified in this excellent paper.1

This isn’t the whole picture though as Taylor does carry SNPs with a beneficial, or normal, effect on HDL levels, which suggests that other factors are also at play in keeping his HDL-C levels low.

Based on these and other SNPs Taylor was placed into our Mediterranean diet category which focuses on slightly reducing overall fat intake and increasing monounsaturated and polyunsaturated fats intake at the expense of saturated fats. Carbohydrate and protein intakes increase slightly to account for this but with a focus on low-GI carbs and plant and seafood based proteins.

In sum, the diet I used to lose weight has moderately elevated my LDL-C levels, probably not beyond what is considered safe in most circles.

The “ketogenic” aspect of my eating routine is a bit unusual in that it doesn’t rely on a large fat intake to drive ketosis, more the absence of glucose, and the fasted state. It’s clear that some of my lipoprotein numbers are driven by genetics, but at present, I am more inclined to believe it’s the constant fasting that has them as high as they are. 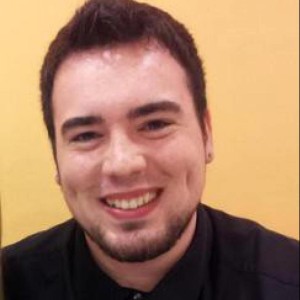 Should you take PCSK9 inhibitors?

5 Key Causes of Low Cholesterol, and Why it Matters

Smith-Lemli-Opitz Syndrome and Cholesterol: What You Need to Know